LOCKED IN A BOX 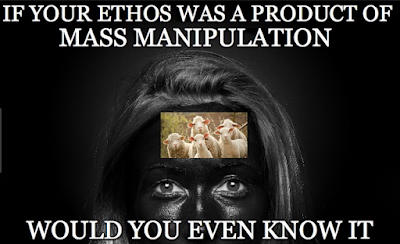 “Trading isn’t the only scary thing going these days!”

You look at markets these days, and literally ZERO makes sense … e.g., I
look at Tesla, and I can’t for the life of me understand why 1) anybody
would want a Tesla, with autopilot failures, cars catching fire for no reason,
and cars trapping people and locking them inside … and yet, the stock trades
over $200 per share … “hell, it shouldn’t even be a penny stock” … then
there’s gold, which of course I cover here … world debt is exploding, inflation
is being deliberately hidden with statistical bullshit, and the U.S. fiscal
condition worsens by the minute … yet, here we are watching gold melt like
an ice cream cone on a sidewalk in Summer.

Today, we get the fairy tale jobs numbers from the Department of Unicorns
& Fairy Tales, where math Ph.D.’s manipulate data six ways from Sunday,
all the while quadruple adjusting numbers to insure job gains … it’s a
completely rigged system, and has been for 40+ years … all bullshit, and
exists mainly to manipulate people into thinking “Everything Is F-ing
Awesome, Baby”!, when most of the time it isn’t. An added benefit, of course,
is it pads scumbag LP bank trading desks with plenty of new found wealth
… the money they steal after the first minutes from morons who are dumb
enough to try and trade the numbers.

Some months are more important than others, so the pundits will tell you
… the same CNBC & Bloomberg pundits who take their marching orders
from their corporate bosses, who report to bigger big shots, who report to
global elitists, who whisper in the ears of clueless FED Twits & other central
banker types … “you’ll report what you’re told, or we’ll find somebody else
who will” … and so the story goes … after a while, you become immune to it,
and in the infamous words of Dr. Goebbels [paraphrasing], “tell a lie often
enough and people will believe it’s true”. Nowhere is this effect more true than
in ‘Murica.


Which brings me right back to the NDX100 … the fact is, it’s a manipulative
marvel. Now, the FEDS aren’t stupid … the “Plunge Protection Team” [PPT]
doesn’t sop up stock as the market goes lower … they’ll let you sell and take
the index lower … however, when you’re done, they’ll shove it back in your
face and not only give you losses, but make you look like a fool for selling
… just ask all the now defunct hedge funds who’ve been calling for a market
top since the index hit 3,000.

Including today, the NDX100 is in a 9 day boxed wedge … bounded on the
low side by 7705 [taken out yesterday, but climbed back to close unchanged],
and 7865 on the upside … “a little song, a little dance, a little seltzer down your
pants”, where it’s nothing short of a complete “shitshow circus” of gaps down
[Google & China news], gaps up [Apple], and chop in between … although
yesterday’s range was good, most of the other days it has not … yesterday, the
internal dynamics of the way stocks trade, was all messed up, and led to a big
reversal day lower, that was subsequently washed away quietly in late
afternoon and with overnight buying … “everything is good … nothing to see
here Sheeple … move along now & buy MOAR! is the message being suggested
… see, we made it all good”!

And, maybe it is good … all I know is we’re in a frickin’ 9 day shoebox, and
while inside anything can happen. The obvious question here in May should
be, “does the index go higher every week”? Cuz looking at the weekly charts,
we’ve been higher 18 out of 19 weeks since Christmas Eve 2018. And going
forward we get closer to the 2020 election [God help us, please], which on its
own is likely to produce paralysis akin to FX.

NFP report out … and as predicted, banks profit at spec expense, as price
gets jerked around 30 points in 2 minutes for absolutely no reason … ho hum.


One algorithm buy signal today … PAMM up a couple of bucks.

I entered the long position, and to be blunt, “we got ripped off” on the fill
… so, using my rule on fills that aren’t what they are supposed to be, and are
off the market significantly, when the position shows a profit, I liquidate it
… say what you want, this rule has saved my ass more times than you can
imagine … although today, NDX100 is simply “slow crawling” higher and
ripping the Google & China news shorts a brand new one.


I want to be clear here … this isn’t a Turnkey problem, it’s the scumbag LP
bank who filled the order … hard to tell if it would have been the same
anywhere else … probably not, but I’m willing to give them the benefit of the
doubt on this one … remember, it’s NFP Friday, and bank computers are set
for “double screw ‘em, MAX slippage” fills, so they have a ready excuse to feed
anybody who will listen, even though not much was happening when I got the
buy signal. Still, it pisses me off we gotta deal with crap like this.

Looks like the afternoon is gonna be slow, and I doubt we move higher from
the 7830’s … could be wrong, but it looks and feels like chop the rest of the
day here at Noon EST. … onto next week … blog update Sunday night
… until then mi amigos … Onward & Upward!!


Have a great weekend everybody!