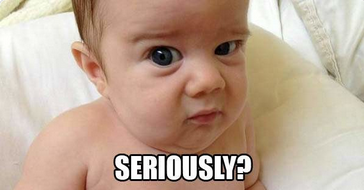 “Is this market for real, or are you messin’ with me!?”

Both … it’s not really a trading market, AND it’s messin’ with you … bon
appetit traders!

Not much to say about this clusterfark, except to say a $3 range after 5+ hours
ain’t gonna get it done … you can position it and take the risks associated with
doing that, including getting your stop run by the scumbag LP bullion dealers,
but other than that there is no advantage to trying to “trade” it, cuz there’s
nothing here to trade … oh, and widened spreads from the lovable scumbags
that are double a month ago doesn’t help matters.

They could and should rename this market to “Dealer Roulette” … really no
difference from gambling in Las Vegas … spin the ball, and you either win or
lose … mostly lose … how is this market any different from that in its present
condition?

I’m outta here early … I can’t take this anymore, watching paint dry … this is
pathetic, but you already know that … we’ll see what 2019 brings us on
Wednesday … I won’t be posting here tomorrow, but I’ll have an important
post over on the traderzoocrude blog [ www.traderzoocrude.blogspot.com ]
tomorrow, most likely in the mid afternoon to early evening.
Onward & Upward mi amigos!!

Have a great New Year’s Eve everybody … be safe and have fun!!

SUNDAY UPDATE: 2019 ON THE HORIZON 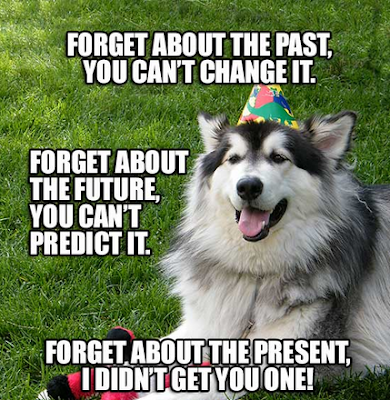 “That kind of thinking finds you trading gold!”

As you can see below from the charts, nothing new in gold, as it continues to
scrape the bottom of the barrel, in terms of trading action … a slight blimp up
in the daily, thanks to Europe cuz Asia has literally died, but the action in New
York has reached levels that are almost terminal. And the dirty little secret, is
that in the last 20 trading days, take out 2 that were from the FED, and another
2 days from China tariff news, and your left with the average New York range
just a few pennies above $6 … in any event, directly below gold and the SP500
for correlation purposes. 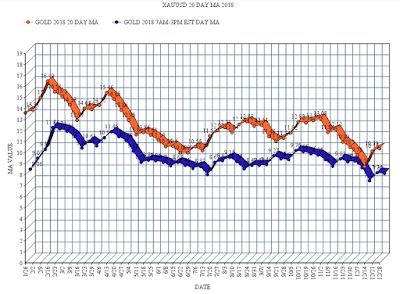 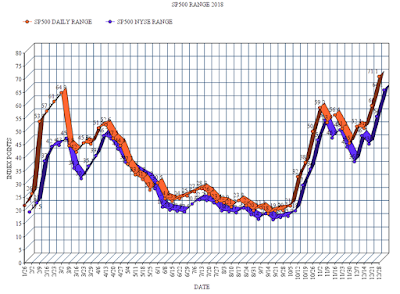 The SP500 ends the year with the highest volatility seen in years, and as I
mentioned last week, other markets are flying while gold dies … what happens
when FX and/or stock indices settle down? … where does gold go then?
… what shell does it climb into and literally die? … maybe I’m all wrong, but it
sure feels and looks to me like this market is in a “death spiral”, and when the
current small upturn turns into shit, wherever it goes down to, it stays there for
a helluva long time … “basically you’re looking at the silver debacle unfold in
gold, where customers desert the market, spreads balloon, ranges move inward,
and nobody gives a shit about trading it ever again” … oh sure, there’s a
“market”, but it’s not a trading market, and I’m thinking 2019 doesn’t see
much hope as we move into the new year … hope I’m wrong, but we’ll see.

In addition to the gold & SP500 charts above, over on the traderzoocrude
website [ www.traderzoocrude.blogspot.com ], over in the right hand column
under “Download Links”, are the 14 most volatile markets 20 Day Range MA’s
for 2018 … about the only thing more boring than gold right now is Copper.

Onto New Year’s Eve … let’s see how this clusterfark of a day turns out. Until
tomorrow mi amigos … Onward & Upward!!

Have a great rest of your weekend everybody!! 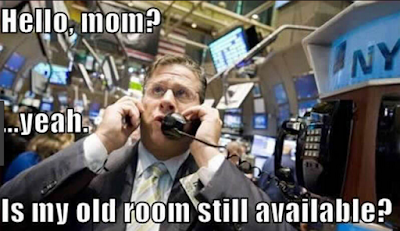 “What does a gold trader say when he picks up the phone!?”

Bueller? … Bueller? … it’s what gold feels and trades like, as it sputters to its
slow death … for a roadmap, just ask anybody who used to trade silver … “oh
sure, there’s still a “market”, if you want to call it that for the folks out in ‘Murica,
but nobody pays any attention to it, it doesn’t “trade”, but lurches to somewhere in
the mix of intolerable chop & bullion dealer “scumbaggery” … the powers that be
killed it, cuz in the modern world of Elites, there’s no place for the PM’s
… NONE … and they’re doing the same thing to gold … I can see it, I can feel it,
and I’m not gonna deny it”.

And when the current small blimp up runs out of steam, it’s back to the
“Comex Con Game”, and my belief is the market won’t come back from the
devastation wrought on the specs this time around going down … “tag it, bag it,
bury it”. And then it carries on in darkness for only God knows how long.

That’s not to say you can’t position it, but to do that you’re almost required to
use option strategies that play out over time … “that’s what I’m doing in the C2
options service signals, utilizing the ETF GLD, which is the SP gold exchange
traded fund listed on the NYSE … right now, we’re LONG volatility, and have
recently sold “fat” OTM calls to lock in profits and cover premium paid for
… those positions are working very well”. In the SPY, which is the ETF for the
SP500, I’ve stayed away cuz the volatility on the downside is so great, nothing
on the Put side will Theta decay cuz of the risk … and if the market rallies, you
lose on the Calls but aren’t going to see the same gains on the short side of the
ledger cuz of risk … so, I’ve stayed away from these.

As we limp to the NYSE open, gold an absolute bucket of shit … 15 minutes in
Europe, and literally nothing after that … New York completely dead so far
… in its present state, this stuff can’t be traded, cuz the risk far outweighs any
reward … “hey, it is what it is, and that’s why this market has no volumes going
through it, cuz the customers have left … there isn’t anybody that gives a shit”!

Afternoon in New York, and everybody out there enjoying this pathetic $3
range after 7+ hours of bullshit? … still think I’m being facetious that this
market is f-ing dead … look around, everything else on the board from FX to
Oil to stock indices doing something … up/down, some volatile conditions all
around … except gold that is … “calling silver … please pick up the white
courtesy phone and explain to gold the problem, and what happens next”!

Just too pathetic to even comment on … “where do you even start to explain
how bad trading can get”? … I’ll trade it, if there’s a trade to be made, but this
is ridiculous … I’ll simply wait to buy breaks when the range gets extended
lower … everything else is horseshit. I’m outta here mi amigos
… Onward & Upward!! 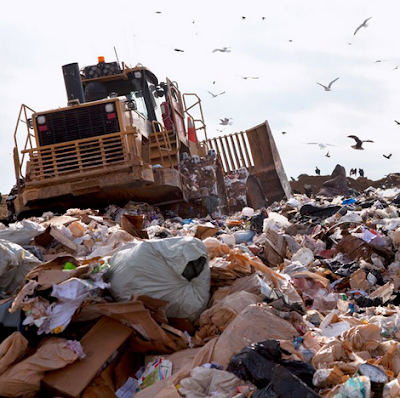 “What you’re left with after attempting to trade gold!”

As a "trading market", gold is dead … nothing here but “vapors” moves,
scumbag LP banks, “slippage candy” in massive doses, widened spreads for no
reason whatsoever, evaporating volumes, no liquidity whatsoever, and most
importantly a customer base that shrinks by the day.

Maybe somebody at Turnkey can tell me why spreads have doubled over the
last month? … “couldn’t possibly be, that with nobody trading it, the scumbag
LP banks have to make the money up somehow could it”?

Right now, compared to what I’m doing over on the crude blog and trading
NADEX with the signals service there [ www.traderzoocrude.blogspot.com ],
this market here at Turnkey is pure, unadulterated shit … shit moves, shit
ranges, shit fills, shit slippage on every order, shit LP’s, and a brokerage house
that could care less … other than that, everything is fine. “I have the feeling,
every single time I’m in gold, my quote feed, the spread I see, and everything else
associated with the trade is against me and that I’m being manipulated “bigly &
yuge” by these scumbags … every time … I’m sick of the slippage shit for no
reason, and I’m sick of my spreads blowing out when I get into a position … and
I’m sick of the lackadaisical attitude of Turnkey”. This is the worst market in
the world to trade … no ifs, buts, or ands about it … it sucks.

Trading GLD over on C2 via the options signals service, no problem … doing
very well … on target for over 30%+ for the year … don’t have the horseshit
problems I encounter every fucking day at Turnkey … ditto with NADEX
… dream trading over there that makes doing anything at Turnkey a fucking
joke. Quite frankly, I’m beginning to wonder why anybody trades at Turnkey
… worst scumbag LP’s on the planet, with the highest slippage I’ve ever seen
for a market that isn’t doing anything … screw these assholes. “Go ahead, ask
me how I really feel about them”.

Three algo trades today … PAMM down a hundred bucks and change. No
trades in the C2 options signals service, where we have multiple profitable
positions on in GLD [the NYSE ETF for gold]. From now on, I’m only buying
new lows as the range gets extended lower, and then selling the pop
… otherwise forget it, cuz this is a completely rigged market. 2019 and the rest
of 2018 sees us not give a “Hoover Dam” penny to these crooks.

I can’t take any more of this shit right now … I’m outta here … thinking of
either gold, the scumbag LP’s, or Turnkey makes me want to puke … until
tomorrow mi amigos … seriously, I’ve had it with these assclowns and their
pretend markets.