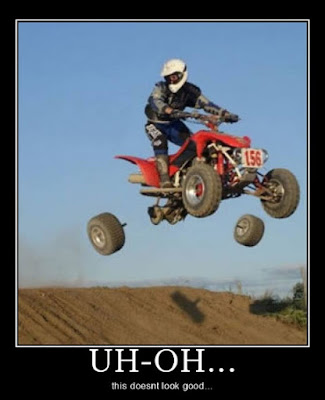 “When you least expect stocks to go down … and then suddenly!”

So much for support at 2800 … Natch, they take it out in the dark … so here
we are sub 2790 early this A.M. in New York, and the burning question is,
“does anybody have an appetite for stocks given the sudden market
realization there isn’t gonna be a China trade deal, or is this the lull before
SHTF”? We’ll know soon enough.

It’s too early to tell, but from the late Asia session all the way though to a few
hours into the European session, the bid/offer spread in the SP500 CFD has
been 0.2 - 0.3 index points, which is very good … as we move closer to the
New York opening bell, and the cash open, where does the spread go? Cuz
lately, the games the scumbag LP’s are playing with the spread, and
simultaneously screwing specs over, is getting real old in my book. It’s
something to watch. And for those who somehow think it doesn’t matter,
you’re wrong … on a small account it could easily be $500 per year or more
… so, if that’s OK with you, then send me $500 just for shits & giggles as
well … I’ll be waiting.

But, and this is a very big but … we still need to see some kind of “washout
capitulation” on the downside … you’ll know it when you see it … it doesn’t
have to be hundreds of SP500 index points, although it can be … it simply has
to be some kind of waterfall event that triggers last remaining longs to abandon
ship and sell … and more typically, it has to be early in the day, especially
affecting the Chipmunks who are habitual buyers at the open cuz they have to
… get anywhere near the European close, and after that the stage is set for a
massive short covering rally, more than likely perpetrated by the “Plunge
Protection Team” [PPT] … and while I’m not saying every turnaround has to
be of this type, this is the most common, and so far we haven’t seen anything
approaching some kind of capitulation … and really, the selloff won’t be over
until we get one, in some shape or form.

Lately, every cash open has seen a spike higher … and that spike, however
long it lasts, gets sold off later … this has got to change before we see some
kind of bottom in the SP500. However, given the propensity of the PPT to
maintain the delusional illusion of “Everything Is F-ing Awesome, Baby!”,
and to perpetuate the propaganda for as long as humanly possible, the
bottoming process could take a while … meanwhile, the pressure builds for
a steeper selloff, which they won’t be able to control no matter how much
they want to … hubris is a deadly vice.

And once again, we see the PPT start the buy side manipulation about 40
minutes before the open … some shit never changes. And yup, here comes
some more  games from the DOJ, as it’s just announced former Gestapo
Special Counsel Herr Mueller, will make a statement to the press at
11 AM EST … can this get any more fucked up? … who the hell knows what
this assclown is gonna bring … suddenly, I’m thinkin’ orange juice scene
from “Trading Places” … grab the popcorn.

And Gestapo Chief Mueller says? … [drum roll please] … nothing!
… ATTENTION LIBTARDS: “prosecutors don’t exonerate, it’s not their
job … prosecutors prosecute, and if they don’t have any evidence, they
lose … nowhere in the history of jurisprudence does a prosecutor ever bring
a case to determine and say, this guy/gal is innocent! He’s there to establish
guilt, and by default if he can’t do it, the gig is up … it’s the way the system
works, except of course in the case of “Orange man bad”… now, get over it”!

Back to markets, and we’ve slipped below the 200 day MA in the SP500 based
on closing price … if this thing goes any further, the “short gamma” crowd is
gonna go ballistic to the downside and add some heavy sell pressure … so far,
a tiny bounce off this level … and then crude oil goes nuts, and we get a 5
minute short squeeze from hell that goes nowhere [so far] … excuse me, but
this is simply bullshit trading off of shorts fear of getting squeezed … that’s it,
like farts in the wind … and when that’s over, there isn’t anything to propel it
higher … which, btw is typical bear market action, cuz it makes you think the
bottom is in when it ain’t.

From ZH today, some good questions to ask for those looking for the big
rally. The link directly below.

I’m gonna say this again cuz it bears repeating … WE NEED A WASHOUT
DOWN MOVE TO WIPE OUT LONGS … quick, vicious, & snaps back in
your face in seconds … when you see that, you’ve seen the bottom … until
then, though, when the short covering bursts die, the market has no fuel to
go higher … it’s simply the back end of the “80/10/10” paradigm.

And once again, like we’ve seen repeatedly from other markets, especially
gold & oil, when you get big moves before 7 AM EST, that basically already
put in the 20 Day Range MA, there isn’t much left for New York to do
… unless you think somehow this day will be in the fractions of a percent
category for more … good luck with that … so what do we see? … we see
buullshit chop, right along with the “Flying Wedge of Death” [FWD], where
there’s no follow through no matter what you do … to be blunt … you risk
$100 to make $10, where both the upside & downside spikes from hell are
simply vicious in scope.

Sounding like a broker record, but sitting and waiting for algorithm buy
signals is all that I can do … and when we don’t get any, I sit and get
frustrated as hell … which is better than losing money on horseshit trades
… welcome to the back end of the “80/10/10” paradigm.

So, onto tomorrow … until then mi amigos … Onward & Upward!!