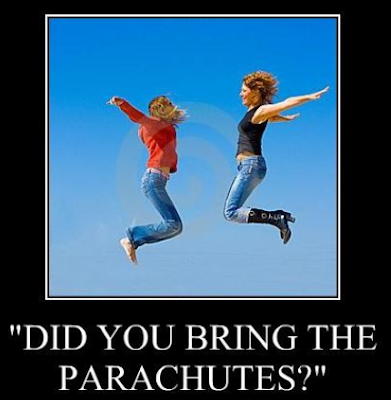 Well, again today you see up close and personal the insanity that is gold
… “TNT & Crickets” in minutes … then the “retracement” that never comes
back, all after both Asia & Europe WOW! us with a combined $5 range … and
as I said yesterday, now the fun starts with New York bullion dealers, which if
you’re smart, you’ll recognize and leave the hell alone.

Try and sell it to pick a top on the way up, and you get crucified multiple times
on the up spikes … try and pick a bottom after it tops on a retracement, and
your guts get carved up in seconds … cuz what looks good one second, doesn’t
the next, as dealers sucker in specs and then lower the BOOM! … bottom line:
you can’t buy it and you can’t sell it, not a “Hoover Dam” thing looks good.
Your only choices are buying rallies or selling breaks followed by hope &
prayer it keeps going … cuz when it doesn’t and whips around in less time
than you can blink your eyes, you’re screwed royally, and all that’s left is the
pain … gold offers very few second chances.

As I write, the first 5 retracements pull you in, get you long, and then BOOM!,
here come the red spikes down in seconds that take away 10 - 20 minutes of
inching higher … and as I said yesterday, this isn’t trading, this is roulette
… cuz when the dealers decide “enough is enough”, the “Great Bullion Wall
of Selling” goes up and that market screeches to an immediate halt … about
face, time to bleed it lower until everyone pukes.

And so, looking at today, you get the freight train going one way … it abruptly
stops … then the freight train moves the other way … “Where the fuck is the
“trading” in all of this, cuz I’m not seein’ any of it … I see one way streets, and
then turn on a dime and go the other way … how the hell is this not roulette
… place your bets, watch the ball, the dealers take away the money … “almost
as if it was all planned or some such shit”.

Today’s blast higher of $7 in 20 minutes, starting right around 8:30 AM EST,
took off like a rocket … no clue why … everything dead at that moment … FX
dead, stock indices dead, USDCNH dead, crude oil dead … “Ok, WTF
happened? … who got their “big girl panties” bunched up”? … and at the top?
… wait, I didn’t get the fucking email from Vampire Squid that it’s over
… and almost immediately it starts lurching downward … OK, the correction,
now where to buy? … well, like I said, the first 5 “fugetaboutit”! … no winner
winner chicken dinner here, and so if you had any small losses from this, now
where the hell do you buy it or sell it to make it back? … “that’s right Skippy,
you don’t get Jack Shit to make it back, cuz now the market sits in its familiar
bullshit dealer “chopfest”, and they aren’t gonna let you make anything back”!

The way gold is trading, I knew there was no way dealers were gonna allow a
shallow correction and then let the market rally again … nope, it’s
“one & done”, affectionately known on the trading floor as “Loser Moves”, cuz
all there is are those who lost selling it going up, and those buying it on the way
down, and then “crickets” … “the only ones popping champagne corks are the
dealers on the top step of the pit”.

By not backing gold off on the way up this morning, every ounce of “buy fuel”
got used up in the process … who knows where the top is, but at the top, what’s
left? … and on the way down, it’s only a matter of how far before it stops dead,
and then moves sideways for what seems like an eternity … if you buy this
“correction”, what is there for you to profit from? … I can clearly see the risks,
but what about the rewards? … “forget it Skippy, there ain’t any rewards … the
only reward you get is recognizing what’s really going on and taking a pass
… money not lost is money earned”. And now we sit in the early afternoon in
New York, where price has died and it’s literally “dealer playland” … as in
playing with your account to insure max losses … enter this now, and you give
money away.

So, another day of total horseshit trading conditions, where I guess traders are
supposed to anticipate incoming mortar shells without the terror alert … it’s
simply straight up/down with no clues, and hope you’re not on the wrong side
of things, cuz there’s no chance of recovery in this trading scenario … it’s
bullshit, but it’s what it is at the moment and there’s nothing I can do about it
except leave it the hell alone and refuse to be drawn into the spider’s web,
when I see it play out. I don’t like it anymore than anyone else, but I don’t see
any other choice without risking shiploads of cash for skimpy profits … and
that’s “stupid shit” right there.

No PAMM trades today, but I did initiate a GLD options trade today on the C2
options advisory signal service … I’m now positioned right where I want to be
going forward.

That wraps things up for a pretty pathetic week in gold .., either straight down
and it can’t rally $1 to save its life … then it’s straight up, and it won’t back
down, excepting the dealer stop hunt mystery ticks bullshit, and on its merry
way up, up, and away almost $30 in 4 days … Dr. Jekyll, Mr. Hyde anyone?

Yesterday’s phone clusterfark with Google tech support had the level 1
software engineer baffled … so, it’s on to tomorrow for the next software geek
to figure out why I can’t get my spreadsheets to open … oh fun, oh joy, just like
I had planned to spend a Saturday afternoon. I’m outta here … time to take the
“ice cream KING” to the DQ for some soft serve, and let the teenage girls fawn
over him, all the while gorging himself on vanilla yogurt … if I let him, he’d eat
his weight … until Sunday night’s blog update mi amigos
… Onward & Upward!!

Have a great weekend everybody!!