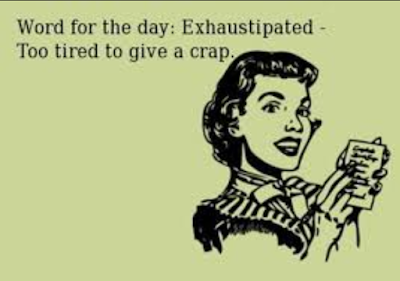 Take a look around markets … chaos, bedlam, “bigly & yuge” moves in crude
oil, stock indices, and FX … now turn your attention to gold and it makes you
want to puke … “have the “Chuckleheads” and Mrs. Wantanabe & Gal Pals
finally run out of money? Are they kaput? Collectively speaking, does anybody
give a shit about gold anymore”? [Hint: apparently not.]

And like some kind of fart in the wind, Asia has disappeared from the trading
scene … last night didn’t even see a $3 range after 11 hours of supposed
trading … what the hell is any trader supposed to do with shit trading
conditions like this? It isn’t a rhetorical question, cuz quite frankly this market
is on life support in ICU … “if this shit can’t move and put in ranges when other
markets are flying, what happens when those other markets cool down some, or
even a lot? … can we go from dead, to deader, to dead-er-er? … volumes are
collapsing, liquidity is a fucking joke, slippage on fills some days are horrendous,
and ranges, both daily and in New York, are truly pathetic … and with the world
on fire financially, in practically every country, world debt skyrocketing and
economies collapsing, it most assuredly isn’t from lack of fresh news … outside
of a few days here & there, gold is simply dead”! There simply is zero
“hot money” in the gold market at present … that money has found its way to
crude oil.

In short, this market is “exhaustipated” … volumes down significantly cuz
traders have left in droves, fucked over by dealers more than a few times too
be sure, and they’ve simply said, “screw this shit, I’m tired of shit fills, stop
hunts, mystery ticks & spikes from hell and I’m outta here … and every week
that goes by, more and more traders adopt this attitude and never look back
… who can blame them”?

Any and all moves now, coming from either trapped longs or trapped shorts,
with the bullion dealers taking full advantage of the mess and exacerbating the
moves … as I said yesterday, there is no trading, there is only the freight train
running over people up/down … then it stops … then it goes the other way,
rinse & repeat … in other words, there is no “order flow” to the trade; it’s a
one-way street of destruction, either straight up or straight down with
“Hoover Dam” little in between … compare the action in gold to WTI crude
oil futures, and you’ll get a first hand lesson in “order flow” dynamics, that
leaves you with nothing positive to say about gold at all.

Silver used to be the greatest trading market on earth … huge volumes, huge
open interest, tight market that moved and shiploads of people traded it
back-in-the-day … today? … a ruined market thanks to government, metals
dealers, & exchange bigshots … there isn’t anybody that trades silver today
cuz it’s RUINED & MANIPULATED by JPM & HSBC, with government
approval of course … guess what? … gold is headed in that direction!

So, here we are 12+ hours into this "shitstorm circus", and again, gold can’t
even put in a $3 range for the day … say whatever you want, nobody with any
brains is gonna put a position on in this shit, and allow the bullion dealers to
manipulate the fuck out of the market, in near sero volume conditions, and
expect to be a winner … and at some point here soon, as the sun comes up in
New York, we’ll get the usual gaggle of mystery spikes up/down in milliseconds,
to spook specs, all for the purpose of “shaking the tree” to see what fruit falls to
the ground for easy picking up … nothing more, nothing less … without some
kind of decent order flow & minimal volatility, what point does it serve to hand
bullion dealers money? “Cuz in reality, while government run lotteries are simply
a tax on idiots for POL money laundering, boiling all the bullshit off the gold
trading pot, what’s left is nothing more than a money transfer scheme from specs
to banks … just exactly what government, regulators, & bullion dealers want”!

All of this, upon critical analysis, leads me to the uneasy question of, “is gold a
dead market”? Are we, or am I, just living in a “wishful thinking” environment
where we all want it to be a viable market? And then day after day the stink
from bullion dealer shit makes it very hard to not ask the same questions over
and over again … hold whatever opinion you want, the FACTS tell the story
… gold volumes are “Thelma & Louise”, ranges are shrinking, and dealer
“scumbaggery” is increasing … are these traits of a healthy market?

Turning to today’s gold market, as we head into a sub $3 range in the New
York session … directly below, an “exhaustipated” gold trader sums it up
nicely. 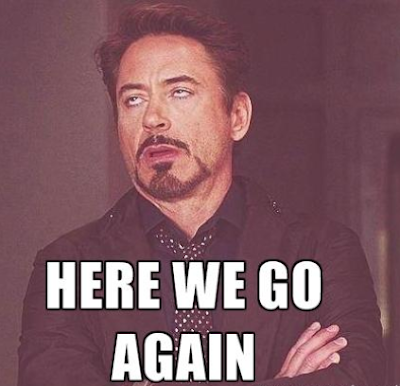 Quite frankly, with FED chair Spicoli speaking at NOON EST. and given what
the other FED Pie Hole said yesterday, is it gonna be “good cop, bad cop” or is
everybody in the faculty lounge of the same opinion, “Everything Is F-ing
Awesome Baby”!, and it’s interest rate rises as far as the eye can see in 2019?
“Cuz if Spicoli really wants to “shake the tree”, he’ll backtrack a little and give a
hint of a “dovish Orwellian doublespeak bullshit” speech to markets, and leave
some unease of those who think they know what they’re doing [they don’t]
… otherwise, he toes the hawkish line and markets suffer some more … I guess
when housing crashes again, they’ll see the light and then announce they had no
idea conditions were as soft as they were and who coulda known? … [at this point
my head explodes and the dog & Mrs. clean up the study walls]”.

Here at the start of the New York session [7AM EST], bullion dealers just can’t
help themselves and go for the first set [of many I’m sure] of buy stops and gold
busts to a new high by a couple of pennies… now a $3 range [champagne for
everybody! (snark)], and of course, they then proceed to “monkey hammer”
price after sucking in some buy stops … nothing new under the sun.
“Somebody get me a valium, this is too much”! And after an hour, this is simply
embarrassing.

Well, that was quick … with a new high earlier, what makes more sense than a
new low minutes later inside a range that is minuscule? … surely I jest?
… well no Skippy, I don’t, and after that new low, it’s “to the moon Alice”, as
once the sell stops are hit it’s time to bid it higher by the bullion dealers, before
they crack it lower again … and if the dealers don’t wonder it now, they soon
will, when there aren’t any stops to run anymore cuz people have left this
shitbox for greener pastures … “and it sure looks to me like this is what is
happening in gold, cuz the volumes are pitiful and liquidity even worse” … and
so the question becomes, how many days in a row do we go lower until the
bullion dealers get everybody nice and short again so it can rally? … as I said
before in a previous blog post, this is what Eric Sprott of Sprott Metals calls
the “Comex Con Game”.

About an hour before Noon New York time, and attention turns to Spicoli’s
speech at NOON EST. … after a morning of another installment of the “Flying
Wedge of Death” [FWD], inside an excruciatingly small range, gold can’t get
out of it’s own way either up or down … “just another in a string of whipsaw,
completely untradeable conditions, where anything you do is likely to be
punishment rather than any kind of reward … this is bullshit … will Spicoli’s
speech change anything? … my guess is it won’t … here’s a guy who is about as
tone deaf as you can get, who’s guiding the country into a real depression … I
don’t see any saving grace in the guy, cuz I think he’s a clueless Twit”. I think the
odds of a “good cop, bad cop” scenario are about 50/50. We’ll know soon
enough … until then, this market is as thin and directionless in a $4 range as
I’ve ever seen … quite pathetic, but whaddaya gonna do?

“Well, that escalated quickly to the upside, didn’t it? … seems the “good cop”
showed up, made a speech, and shook the tree some … these people are unreal
with the bullshit”. For gold, it’s an immediate upside explosion, that sees price
go straight up about $13, and blow the living shit out of those short … and of
course, here comes the retracement pain, and now the longs are hurting and
panicking to liquidate positions … “ho hum, just another drive by mugging
from bullion dealers … and you expected what exactly”?

And once stakes are driven through the hearts of everyone short, and garlic
wrapped around their severed heads, where’s the “buy fuel”? … now that it’s
over, gold can’t rally $1 to save its life, and at present it looks very “iffy” if it
can hold 1220, after hitting 1226 … who the hell knows where it ends up.

The first one was slightly premature, the second one was “spot on”, and
liquidation of the second trade got us the high bid price of the M1 … “I can
only hope the dealer choked his fucking brains out eating that loss [I can dream
can’t I?]!”

Of course, outside of Spicoli’s schtick, gold a bucket of warm bat guano today
… the window of opportunity here very small for any kind of decent trading,
with any expectation of profit … the rest of the day a complete joke. Well, let’s
hope this sorry ass excuse for a trading market is changing today … sure, we
had to wait a while for conditions to improve today, but I wasn’t really
expecting Spicoli to be dovish … in any event, maybe now gold can trade.

Given golds lackluster action of late [I’m being kind], I’m not at all
disappointed in today’s trades … sure, would have loved to make more, but
this market is stingy as hell, as spreads have widened and slippage in the order
flow can be observed quite easily … click the button at the wrong time, and
they will eat your heart out.

So, onto tomorrow and we’ll see if any upside momentum can be sustained
… get this market through the 1233 level and it could be quite explosive, but at
this point it’s a tall order. In any event, I don’t really care, other than we need
much bigger ranges … hopefully, we’ll see that. But, my premise question for
today still stands … “Is gold a dying or dead market”? … at the moment, it’s a
debatable question. I’m outta here … until tomorrow mi amigos
… Onward & Upward!!

PAMM spreadsheet will be back up soon … got another tech session in a few
minutes, where I’ve been assured the problem will be fixed … “maybe I can
interest him in that beachfront property I got in Kansas”.