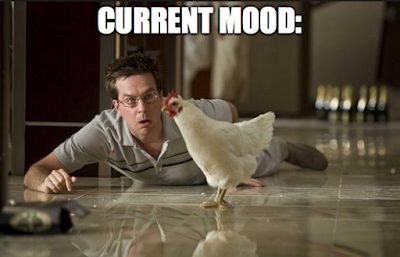 “Gold has no clue where it’s, or how it got there either!”

Whatever it is you want to call the current state of affairs in the gold market,
“trading” isn’t one of them … so many adjectives, so little space to express the
sad state of so many markets … all this, of course, the by product of the
“smartest people in the room” using markets for policy purposes, thus
disrupting the free flow of capital, with the end result almost everything
traded becoming “FUBAR-ed” beyond human comprehension … and when
SHTF, they all back away and say, “hey, it’s not our fault, you can’t blame us”!

The more mistakes the “policy guru’s” make, the bigger the effort to
manipulate markets back in line … and eventually, like all hacks where
hubris takes center stage, they come to learn that even they can’t write
worthless checks forever … and when SHTF, as we’ve seen over the last 2
months in the equity markets, it spills over into everything else, where the
explosions lie waiting to be set off by some “loose lips, sink ships” from some
Pol and/or Apparatchik, and then that mess gets to get cleaned up … rinse,
repeat, and you eventually come to the realization that this is the reality of the
financial trading world since 2012 … “a conglomeration of manipulative
bullshit so deep, shovels are inadequate now … no, we’re gonna need bulldozers
and cranes to dig through it and remove the stench”.

We come off a 4 day Holiday, and I’m left with the impression that markets
sense a general “deja vu unease” … dead cat bounces everywhere, especially
oil & SP500 futures, as suddenly 1) Italy is behaving, 2) “risk on” is today’s
buzzword and trade idea, 3) Xi & Trump will fall in love all over again at the
end of the week and trade wars are “solved” at the G20 meeting, 4) “Brexit” is
solved, and 5) global growth will return if we all just believe, and so the worst
must … must … be over, so it’s safe to buy everything again! … “and yet, I
don’t think traders are in the mood just now for more central planner bullshit,
especially when it can all come crashing down in seconds as it has done many
times before”!

But through it all, and please don’t worry cuz the Elites got all of it “covered”,
the mistress funds get funded, the Pols & regulators get their “cut” from the
scumbag LP banks, and the middle class gets “fleeced” in the process … the
world is starting to “wake the fuck up”, and financial markets especially, are
as sensitive now as they ever were, but the flow of capital comes at speeds that
dwarf government control … at some point here real soon, the whole apple
cart gets turned over, and the volatility explosion will be immense and
devastating … “can’t wait to see how they plan to keep gold down then”!

In the meantime, here we sit, with a few pennies up then a few pennies down,
with an occasional spike to nowhere as the scumbag LP’s rip some order a
new cavity they didn’t know they needed or wanted … same old bullshit,
different day … to say this market is “drifting”, is to give it a sense of activity
it doesn’t deserve … 15 hours into this shit, and it can’t even put in a $6 range
from the tips, and the first couple of hours in New York, completely devoid of
anything but dealer “scumbaggery” … our proprietary “volatility heat map” so
low, I’m wondering if it can go negative.

As I have hinted before, but allow me to be perfectly clear now … “trading, for
the most part, has become a gigantic wealth Ponzi transfer scheme … from the
world to the TBTF & TBTJ scumbag banks, so as they can repair their balance
sheets from the 2008 financial crisis … for that support, Pols, Apparatchiks, &
regulators receive kickbacks, bribes, suitcases full of cash, etc., that the world’s
traders supply in abundance … 30 years ago, it would be unheard of to suggest
government interference in markets … today, it’s commonplace and draws yawns,
as traders await fresh news of today’s manipulations and how to read the tea
leaves correctly from official doublespeak [think Italy today] … the aim isn’t
“policy”, it’s to continue to enrich the 0.001% at our expense”. And so, one of
the chief aims today, for any trader, is to refuse to be manipulated & drawn
into the swamp of shit laid out for us daily … and that swamp is deep & wide
in gold mi amigos!

The “talking heads” today point to Wednesday’s FED minutes, a Spicoli
speech where everybody hopes he’s come to his senses and hints at stopping
rate hikes, and the Trump / Xi “lovefest”, at the end of the week, as the week’s
key drivers … “yea, sure, & I got some beachfront property in Kansas to show
you as well”. The fact is, nobody trusts anything anymore until they see some
results … no more so than the FX crowd, especially those attempting to trade
Cable [GBPUSD], as they’ve been played like violins going on 28 months now
via the “Brexit” soap opera … and in gold? … it’s all about the USDCNH rate
and the ChiCom’s fixation on pegging the Yuan to gold and keeping it steady
for a domestic population that wants MOAR! 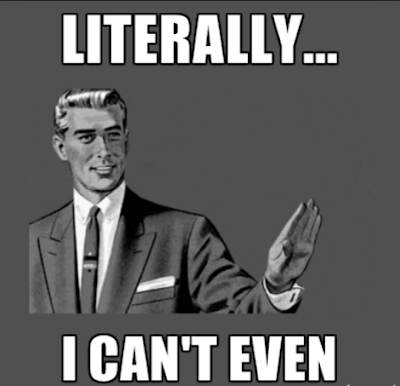 “I’m trying to keep food down watching gold … but … this is torture”!

“Congrats to the gold dealers, in getting the day’s range to $6 and avoiding the
embarrassment of something in the 5’s … that dealer led stop hunt, where you
pick off new lows and set off some very light sell stops was a gem … nice work if
you can get it … quite frankly folks, this is bullshit”.

No trades today in the PAMM or on the C2 options signals advisory.

“Even with a new low by pennies, what am I supposed to do with a $3 - $4 range
over 7 hours? … yea, I got no answers either. It’s Monday and nobody gives a
crap, simple as that … and with zero volumes flowing through the trade, it’s a
dealer led “circus shitshow” from start to finish … as I said, I can’t even” …

Onto tomorrow … can it get any worse? … guess we’ll find out … I’m outta
here early, cuz I can’t take anymore more of this crap today … “a man’s
limitations, and all that jazz” … until tomorrow mi amigos
… Onward & Upward!!