THERE IS NO PLACE TO HIDE 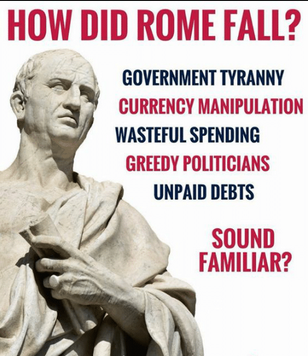 “Must be a coincidence, huh?!”

Total control & manipulation is now the name of the game going forward
… “if you’re still a “worker bee” when it’s fully implemented, there will be no
chance whatsoever you will be able to escape the “matrix” government has in
store for you … cuz make no mistake, whatever it is they need to do to make
sure you pay all the bills for their graft, corruption, & bribery, they’ll do it
… maybe you got about 10 -20 years, but that’s it”!

Gold, silver, platinum, & palladium don’t matter … until they do … cuz when
they matter, it will be too late to do anything about it … “so, view these
downdrafts in gold by the manipulator banks as good news, cuz it allows you to
“stack” offshore and prepare … let the gullible ones believe that shit like Tesla
stock will save them … use the time given to you by the manipulators and the
ChiComs to do what needs to be done … protect yourself and your family from
government before it’s too late”!

Coming into today’s U.S. session, market almost dead … the usual suspects
bidding Asia higher, and then Europe sees undoing that with selling … all
told, right back to where we were late yesterday afternoon with almost zero
interest. “If this is the best the bulls can do for gold after getting “monkey
hammered” the previous week to the tune of about $60 per Oz., this shit is in
trouble, and price needs to test the 1276 area for some serious sell stops
underneath … which I’m sure, the scumbag bullion dealer banks are eyeing
with interest”.

When you scan other markets that have traditionally been aligned with gold
in some manner, either an inverse relationship or correlated, it becomes
obvious rather quickly how markets have deteriorated into the manipulative
central bank paradigm of destroying volatility. For example, the main
component of the U.S. Dollar Index is EURUSD … take a look below at the
monthly EURUSD, and ask yourself WTF has happened to this FX pair, that
it can stay this tight for over 6 months?

Scroll back as far as you want, you’ll be hard pressed to see tighter
manipulation of FX rates like we’ve seen the last 5 - 6 months … and that
means the Dollar Index is right up there with it … will gold continue to fall
if the EURUSD goes tapioca below 1.12500? … is it all Yuan now?

As we start the U.S. session, range $5 & change, with pathetically quiet
conditions … it’s just the usual spikes up/down on scumbag dealer front
running of orders jacking price up/down and then quickly returning to where
it was before the hijacking … there appears to be zero interest here … if
buying interest doesn’t pick up here pretty soon, we got a date with 1276
coming real soon.

You look at all markets, and the ranges today are so small it defies belief
… and if that doesn’t tell you volumes about where we are in terms of market
paradigms, nothing ever will … “cuz if the Pols & Apparatchiks aren’t talking
and giving big money needed direction to the manipulations, markets refuse to
move until they do, simple as that … today just more proof of what all markets
have become, and it ain’t a good thing” … gold just another casualty, right
along with everything else.

Some obvious sell stop hunts this morning in gold … extends the range by
pennies before rallying a buck or so … usual scumbag bullion dealer action,
cuz this is their “fingerprint” … action is very sloppy with spikes from hell
up/down going nowhere … simply another “fingerprint”, and that is front
running orders so they can fill buys higher and sells lower, and then it’s right
back to where it was before. If conditions stay like this, they ought to just
close the fucking thing and let everybody go watch a movie or go to the beach
… seriously, this isn’t even trading, this IS STEALING, pure and simple
… you can’t really even call this a market.

However, we did get one buy algo trade today … hard to believe, but there it
was, with gold VIX red lining … PAMM down a few bucks on this.

Well, I don’t take the trade, and gold expands the range going up … I take the
trade, and it drifts … whatever … more concerned with the shit fills from
Turnkey, where the LP’s there are some of the worst going … I’d bitch, but
who there would give a shit? … right, nobody.