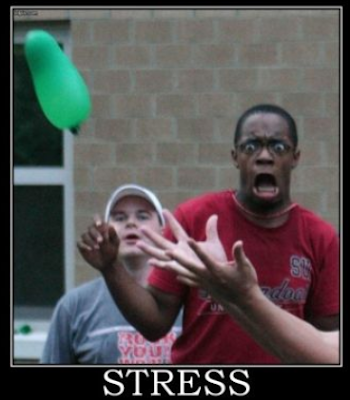 Today’s the day the British public finally gets to see just how spineless,
feckless, worthless, & useless Pols can be, when it comes to “Brexit” … and
that’s just the Chumps on their side! … never mind the globalist, elitist
group representing the 0.001% … “but hey don’t worry, there’s always time
right up to today’s vote, to delay things some more and kick the can down the
road some more … a group of retarded kittens could do a better job than the
assclowns running things in Britannia”.

Of course, that doesn’t mean the U.S. has the “high road”, when it comes to
assclown Pols … it’s one gigantic “shitshow circus” of potential & perceived
victims walking around the U.S., and someday ‘Murica will see the same as
Britain when the debt bomb drops … but hey, that’s in the future so who
cares?

Here as the sun starts to rise in the Caribbean, I have no idea how gold reacts
today, to the comedy show a/k/a “Brexit” … more than likely total paralysis,
and so what else is new, but who knows what the scumbag bullion dealers got
is store for the market, cuz it all depends on what they know that we don’t
and how they are positioned to take advantage of the mess.

That doesn’t infer I think gold is headed materially lower … we would need
to see the idiotic FED restart the interest rate hike mantra again, and I don’t
think that’s in the cards, simply cuz the global economy sucks. Where does
that leave gold? … probably stuck in a range of 1310 - 1320 on the upside,
and somewhere around 1250 - 1270-ish on the downside … with more than a
single digit probability of a blowout to the upside to the 1500 area, if a global
depression becomes a reality and world central banks start throwing money
from helicopters in earnest … a real possibility, simply to keep stock markets
propped.

The big problem for gold is scumbag bullion dealer manipulation, and the
unwelcome appearance of the “Flying Wedge of Death” [FWD] … cuz in tight
range days, it takes very little manipulation to get either longs or shorts to
panic if they think the high or low looks to be under threat … the day’s high
and low become “magnetic attractors” in classic Chaos Theory jargon, and
most times become self fulfilling prophecies as people panic before stops get
hit off … only to go through by a few cents before turning with a vengeance
and racing the other way, and now let’s do it to the other side. “Feel
manipulated yet”? And we see this day after day when dealers keep the range
tight … when daily ranges in gold are anywhere from $5 - $8, this is the
highest probability scenario … and if you’re a scumbag bullion dealer, what
better arrangement could there be for your profitability at public expense?
… and the answer of course, is NOTHING!

Mid morning, and what day would be complete without a sell stop hunt from
the dealers, that wipe out longs and at the same time can get them long to rally
it some and bank some coin? … “this is who they are, and this is what they do
… they should all be in jail, but when you spread the loot around Capitol Hill to
Pols & regulators, not to mention corrupt to the core exchange types, this is
what you get … and what we as traders have to deal with daily”. All of course,
inside the infamous FWD so nobody outside of traders who got hosed notices.

As we head towards Noon EST, it’s turning into another worthless and
completely useless trading day … a few stop hunts to the upside, and a few to
the downside … of course, they all go nowhere fast … volumes and order flow
non existent, accompanied by the usual assortment of mystery ticks & spikes
gold is noted for over the years … the dealers love these types of conditions,
cuz they wear traders out and eventually wear them down, and then get a
good majority to throw the towel in on a trade at exactly the wrong time
… hence the mini stop hunts.

If it wasn’t for the NFP idiocy, we’d be in the 7th straight day of complete shit
trading conditions … is this the best this stuff can do coming off a $60+
drubbing? … cuz if it is, then we got further to go on the downside, simple as
that. And, like in January & February, March now sees its turn to host a slew
of crap days that are simply untradeable … you’d have better conditions at
Binion’s playing slots.

After 1 PM EST, and New York has a $4 range from the tips … more closely
to about $3 ½ dollars, but I included a spike from hell … adjectives fail me for
how pitiful this is, but hey, it’s what bullion dealers in New York do.

No trades today, cuz no algorithm signals … even if I had gotten a signal,
volatility is too low to take the trade, cuz there would be too high a probability
of a “false positive” with subsequent quick reversal in price. So, onto
tomorrow, where I’m sure we’ll have more “Brexit” drama cuz that shit
seems never ending … I’m outta here … until tomorrow mi amigos
… Onward & Upward!!