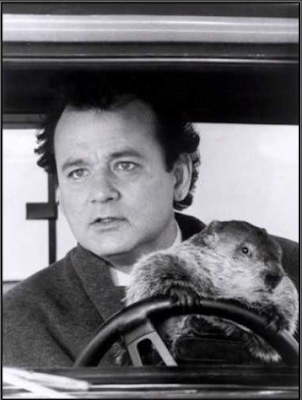 Third day in a row, we see the “same old shit, different day” syndrome at
work … ranges in Asia & Europe $10+, and that means rewind the bullshit
trading day tape for more of the same today … nothing of significance on the
economic docket today, and the drama over for the moment … with
the expanded range overnight, it’s tough to see what motivates gold to move
other than the same "skim” bullshit the scumbag bullion dealer banks provide
to line their own pockets … in other words, my take here early is, we’re gonna
be lucky if New York sees a $4 range today.


I find it supremely ironic the gasps of horror coming from ‘Murica, over the
college admissions cheating scandal … that the scum of Hollywood, Wall
Street, the Hamptons, and the upper echelons of power they’ve constructed
for themselves, has elicited shock … Shock! I tell you … that they could be so
“low life”, hypocritical, deceiving, and quite simply liars & crooks … “you
know, they desperately want you to believe what they themselves truly despise
… hard working Americans who earn their rewards, and who don’t pretend to
be something they aren’t”. Ughh!, how downright pedestrian the plebes have
become.

The only mistake they all made was simple; “your payoffs/bribes  didn’t include
the “right” people … no Pols, no Apparatchiks, no state & local government
types who feed off the public like parasites, no “higher education” types that we
know of so far … in other words, no bribes to those that matter”. Flip this
around and think of the scumbag bullion dealer banks, who rob the public
daily with overt manipulation of the metals markets … hundreds of millions
of dollars a day … where’s the outcry? … where are the investigations?

Of course, we all know why it’s allowed to take place … Pols & Apparatchiks
of all stripes including the Judiciary, regulators, exchange parasites, and
brokerage house execs ALL get part of the skim … this has been going on
since the days of physical trading pits, where on Mondays most brokers
would mysteriously bring brown bag lunches that day, and on the elevator trip
up to the clearing house to pick up my trading coat, I’d ask them on the
elevator, “hey, lemme see what kind of sandwich you brought today”! … and of
course get the “evil eye” stare, or simply told to fuck off … so, see my shocked
face that is shockingly shocked! And yet, 30 minutes later, all their clerks in
yellow coats are scurrying around the exchange floor with multiple brown bags
in their hands looking for other clerks to take upstairs … “hmmm, must be a
large refrigerator upstairs somewhere that I don’t know about, that keeps all
these sandwiches nice and fresh” … yea, that’s the ticket … nothing to see here
Sheeple, move along.

All it takes these days, is one look inside government at the power level, and
you can easily see the corruption that emanates as brightly as the sun during
the day … think DOJ, FBI, CIA, NSA, SEC, CFTC, NFA, IRS, etc., etc. … so,
to all you Elites, congrats on being dumb asses, you simply forgot to include to
pay those who count, and that ain’t some tennis or water polo coach … “you
should have learned from the scumbag LP banks, cuz they cheat, rob, steal, and
plunder every day to get what they want … what were you thinkin’? … and of
course, today is another day, and the band plays on while everybody pretends
Wall Street is honest … no wonder this country is in deep trouble”!

Another day, another $10+ range that will now get beaten up into a pulp by
New York … I have no idea what today holds, but history says it’s over before
it even has started … deal with it, cuz that’s what New York is about in gold.
However, you shouldn’t interpret the historical data as an invitation to fade
Asia and/or Europe … marginal moves in New York often happen in the
direction of Asia / Europe, or it simply goes sideways in glorious chop … not
all the time does it get faded like a cheap suit; many times it does, but it’s not
automatic.

Here right before the official COMEX open, gold makes marginal highs to
take out buy stops, and then proceeds to get “monkey hammered” in seconds
… “hmm, amazing how so called random markets seem to always do this, as if
there’s some kind of invisible hand at work … nah, just coincidence, let’s go
with that today shall we”? [snark] Can we just ban New York banks from
trading gold? … we’d be doing the world a huge favor.

Fast forward to almost Noon in New York, and the clusterfark that is gold
continues … terrible liquidity and volumes today, and the mystery ticks &
spikes from hell are compounded by the fact that it’s a Friday … and for all
the hoopla of the range overnight, New York proves my point again … viz.,
that first they attempt to undo it, then they blow buy stops up, and then they
bring it back to where it was 11 hours ago … where’s it gone to? … Nada is
where, but in the process an awful lot of traders get chewed up and spit out on
“false positives” and eventually feed the stop hunts … “screw that”! And once
again, for like the 59th million time since trading started decades ago, the
scumbag bullion dealer banks in New York, not only screw the shorts, screw
those hunted via buy stops, but turn it around in the afternoon  and everybody
who is now long has a problem. It’s simply what history says happens, and spin
it any way you want, the evidence is clear … “anytime Asia & Europe combine
to give the gold market a $10+ range, when the NY bank sellers get to their desks
around day break, 90%+ of the time it either goes sideways or in the opposite
direction to end the day” … buck this, and you might as well be peeing into a
90 MPH wind and expect not to get hit.

New York afternoon, and I want no part of this ...all this is, is chop trading for
numbskulls … I’m outta here early today … this party was over before it even
began … blog update on Sunday … until then mi amigos
… Onward & Upward!!

Have a great weekend everybody!

UPDATE 1:30 PM EST: Had a little problem with Google docs word
processor that kept wanting to double up the first paragraph, and then leave
the second paragraph out. Got that fixed, so now the blog makes some sense.
Sorry for the problem … in any event, isn’t gold fun when the range coming
in is $10+? … “right, like going to the dentist”!