WHAT IF NOBODY DOES NOTHIN’? 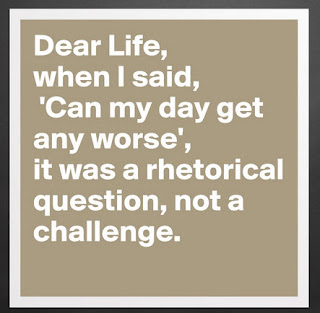 THE “PUDDING BUSINESS” IS STARTING TO LOOK GOOD

I think the markets greatest fear is that the BOJ [11 PM New York time for actual decisions on rates, 2:30 AM New York time for the presser with Kuroda & Crew if you’re interested] will “sit tight” and while they do nothing will “jawbone” the market to try and take the Yen lower [good luck]. And if that happens, it leaves the door open for the FED, which I think has a very good chance of raising rates, to knock the shit out of everything.
But what if they both do nothin’? Would that mean markets are on hold until December? [Better dust off that resume to the bearded lady at the circus.]
I don’t know folks, but I can tell you this about gold; it very much feels like it’s going lower no matter what the asshats do or say. In the last 2 days, have you seen any short covering of significance after the recent move down from the 1350’s? Well, I haven’t, and that gives me a sense most commercial shorts are comfortable in their positions, and aren’t worried about what the BOJ & FED might do or say. Sub 1300 here we come.
Now, I could be all wrong about this; they both could be dovish and we get a massive move higher in short order and catch the entire crowd on the wrong side of the trade. Boy, would I love to see this!
And much to the delight of the entire financial elite community, volatility in pretty much all markets has collapsed today ahead of these 2 meetings; there aren’t any trades to be made anywhere that justify a position in this slop.
And speaking of slop, no comments from Black Pearl to Yours Truly on the blistering emails I sent them yesterday about the crude oil CFD’s at ASSETS FX, where you too can get screwed by a liquidity provider that sees you as solely an income source to be “milked” like a cow. “Hey, if we do it slow enough you won’t even feel it!”
No comments from LMFX either about their PAMM’s; silence all around as they take their sweet ass time getting things done. I mean, God forbid, let a customer know when shit will be done; it’s like they do this intentionally, almost like the airlines, they alienate and piss all over their client base and then are shocked to find out people hate them and wish there were alternatives to using them.
In essence, the financial trading business is a complete and utter mess. As retail customers, we face 2 big problems; 1) all, and I do mean ALL, brokerage house management types are lying sacks of shit, that will say anything, promise anything, and then deliver nothing like what was agreed upon, then look you in face and say, “what, what’s the problem?”, 2) the entire industry views your account as a source of revenue that is theirs, not yours; that money you put in, that’s theirs not yours; your money is just “borrowed” from them for a short while, as management in cahoots with the LP’s figure out how to separate more money from you every time you click the button.
As I have stated numerous times, the PAMM concept is in its infancy; it’s only been around for a couple of years, and the early years were a total disaster in terms of 1) fees, 2) outrageous spreads, 3) outrageous round turn commissions, and 4) slippage on fills. On top of this, pretty much everybody in the trading business from the brokerage house & LP side viewed “managed money” as “chump money”; money we can screw and at the least take advantage of with fees.
Sadly, not a whole lot has changed much; in the last 5 years I’ve hosted 6 PAMM’s that had to be shut down, either because the brokerage house no longer wanted U.S. clients or money managers [3], or because when I started trading spreads ballooned, slippage increased, round turn commissions increased, volume quotas were instituted, or a combination of all four and I simply said, “this is bullshit, and I’m not screwing my clients, so shut this thing down. This isn’t what I agreed to!”
To be sure, some brokerage houses & LP’s are clearly better than others; that doesn’t mean they aren’t lying sacks of shit, it only means they don’t stink as much. I’m trying very hard to show patience and remember what it is that is at stake in this business; I know “Rome wasn’t built in a day”, and I fully realize from the annals of business history these things take time. But for Christ’s sake, you would think one of these outfits would get their act together and dominate the business; sadly, so far, it’s amateur hour on a massive scale. Until tomorrow when “stupid shit” happens … I’m so outta here.
Have a great day everybody!
-vegas