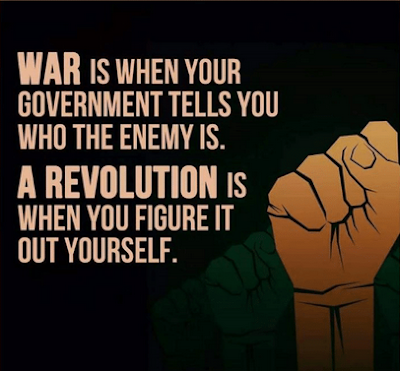 “Us versus the “Hoover Dam” scumbag TBTF & TBTJ banks!”

In the history of the world, there has never been another time where a group
of banks have held as much power or sway over markets … back in the early
90’s, Wall Street kicked out the “Commodity Cowboys” from the world’s
commodity exchanges, and turned them into their own little “piggy banks”,
where they can do pretty much what they please. And while it’s been a tough
ride in the oil complex, where you got players equally as big as the banks, FX,
gold & stocks are a completely different story. In short, gold goes exactly
where JPM, Squid, HSBC, and a few others, want it to go … which just
happens to be where the ChiComs want it to go.

“Scumbaggery” at every level, from the front running of orders, spoofing, &
other bullshit from exchange approved HFT’s [meaning they pay to cheat
you], all the way to your fill, we now shrug with indifference to getting royally
fucked cuz it happens so often … complain to the complaint department [the
scumbag LP bank conduit, the offshore brokerage house], and all they do is
shrug and say, “meh … get over it”. We’ve reached an overt brazenness, where
they don’t even bother to hide it anymore, it’s now part of “accepted practice”
… “it’s only accepted practice cuz everybody important in the food chain is
getting their cut & being fed… and only when somebody doesn’t get their cut,
that’s when we in the public start to hear rumbles in the background”. And to
that end, today on ZH, a little “incident” involving Vampire Squid, the link
directly below.

Years ago, this would be a major scandal … today, only a mention on ZH, and
then it’s forgotten.

Which brings me to gold, where it appears the banks have permission from the
ChiComs to take gold a little lower while they’re on vacation for the week. Sell
stops, look out.

Today’s action in gold very anemic starting the New York session, no doubt
some hangovers from the Super Bowl, but we’ll see if price goes higher cuz
Europe went lower … this looks and feels like a slow motion train wreck at the
moment.

And sure enough, while the cat [ChiComs] is away, the mice [scumbag LP
banks] will play, and the market suddenly hits a pocket of some sell stops
… “gee, this almost never happens” [cough, bullshit, cough] … and from there,
it’s nothing but a slow crawl back up the steps, so that later the BOOM! can
get lowered again … same old shit we’ve seen a million times before, where
there is no real direction for price, but the banks click off MT4 indicators
getting traders to buy/sell exactly at the wrong time … “cuz when you can
track order flow, see the orders, know where the stops are, and the government is
there to backstop you with “CNTRL-P” if you need it, you become immune from
being held accountable for complete “scumbaggery” by exchanges, regulators,
and anybody else for that matter, and shoving a market on “vapors” is a slam
dunk”. KNOW YOUR ENEMY!

These last few months, I’m running out of adjectives to describe gold … none
of them good … today a textbook example of our enemy controlling a market,
and if you decide to go out and play in this clusterfark, odds are very strong
you’ll wish you hadn’t … for the umpteenth million time, there isn’t any
“here” here … no flow, no volume, and even less liquidity … nothing but a
front running trap guaranteed to get you a shit fill no matter what you do, and
then your stuck in something that refuses to move or trade … and it’ll be
worse getting out … quite frankly, this sucks today … you’d have better luck
and get a better market fill from trading dry milk futures … back month
… this is some of the worst trading action I’ve ever seen non Holiday … so, we
wait, simple as that, cuz I’m not handing these scumbags money.

No trades today in the PAMM, cuz there’s nothing to do … a little up, a little
down … a few spikes up, a few spikes down … here in the NY PM, we’re $3
from where we were 7 hours ago. I’m really hoping the whole week isn’t
gonna be like this with China closed.