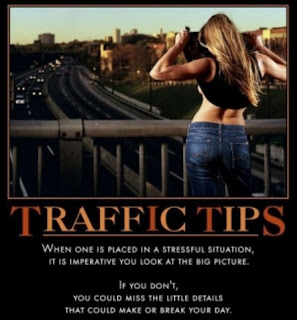 “Good advice for trading too!”


“Honey, I’m just looking at the ‘big picture’, Ok?” And boy-oh-boy did we get some “big pictures starting Tuesday night as the election returns came rolling in; “everybody ready for some RM=4 trading?” For you newer traders out there, those that have been following markets for less than 3 years, whether you have made money this week or not isn’t the material question for today; the important question is “what have you learned about ‘situational awareness’, your ability to recognize it, properly assess it, adapt to it, and then potentially profit from it?”  My guess is “not much”.
That isn’t meant to be a “knock” on any of you; in fact, for many of you, you have been fortunate enough to witness in the last 5 months two “earth shattering” political events that have absolutely rocked the trading world; first “Brexit” in late June, and now the U.S. elections for President. Two out of five within 5 months; normally you wouldn’t see but one every 5-10 years. So, for you Newbies, count your blessings you get to see and learn from this first and foremost; opportunity always exists in trading, but if you’re not around because you got caught doing “stupid shit” and no longer have a trading account to trade, then all the opportunity in the world doesn’t matter much.


Turning to today’s gold trade … of course the Chuckleheads traders in Asia bid the price up into the 1290’s … and we now see it at … anybody? … Bueller? … Bueller? … the mid to high 1270’s, proving once again there is no rally these idiots won’t buy, that can’t be “undone” when they are finished by the bullion banks and dealers later in the day … some days I just shake my head at their collective level of stupidity when it comes to trading. So, you kow what this means, right?
First thing I notice this morning as we approach the New York open at 08:00 is that we just had an RM=1 down exhaustion move in the DOW30, which then subsequently bounced higher, and during this time the action in gold is … crickets. So, unless I’m badly mistaken [“nahhhh, that never happens right boy? … shake your head up & down if you want a Beggin’ Strip … ahhh, so you DO agree with me!”] an inverse correlation with gold enjoyed yesterday is G.O.N.E., so I’m not looking for it the rest of the day. [And of course it shows up when the DOW30 sky rockets on the open! Oh well.]
I got gold on RM=2, given the total panic we say yesterday and the fact there should be some “aftershocks” [aka heightened volatility] in price either today or tomorrow [Friday] from those who need to adjust their positions going forward; in short, it’s just to be safe from sudden quick moves that are a total fake out. First trade off the day directly below.

A little over $1.50 profit on the up move; liquidated with market sell order when I saw 1266.00 bid hit my screen, and got filled right at 1266.00 [high was 1266.15 and that’s why LP gave me this price. You know the drill, sell on the way up!] Quite frankly, I don’t care if it rallies further from here, which I think is likely at some point given the fact equities are on an insane rally which can’t be maintained and at some point stalls and back tracks some which given the correlation of gold lately means some rally from the low point of today. Also, with this move the market has almost a $30 range for the day and statistically this has a very, very small probability to go even further.
I would show my DOW30 trades today, but you don’t have the manual yet; that comes this weekend when I’ll get it finished and posted up on the website. Things are fluid and crazy right now, and I expect them to stay like this for a good long while; maybe not as nuts as yesterday and today, but higher than what you saw in September & October. Trump’s win, has added “uncertainty” to the markets mix [gold & equities] and that means volatility because nobody knows what he’s really going to do. With Clinton it would have been easily “status quo” and use the White House for her own enrichment and the public’s expense. There’s a new Sheriff in town; things are going to be different for a long time, and that spells great opportunity for us as traders.
It’s been a long day; time for some vitamin C therapy on the beach.Dog and I are sooooooo ready; we’re outta here … until tomorrow.
Have a great day everybody!
-vegas
OPEN A DEMO AND/OR LIVE ACCOUNT AT THE LMFX LINK IN THE “DOWNLOAD LINKS” SECTION OF THE WEBSITE TITLED “OPEN TRADING ACCOUNT – DO IT NOW!”