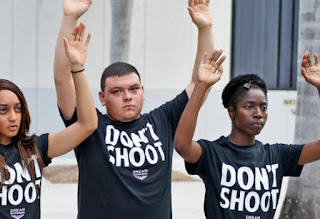 “Hey look, I found some Asian gold traders!”
How many times have I said this; “There isn’t a price high enough you can take gold in Asia, that can’t be undone by the bullion banks in New York”. And so, here again today our hapless Chuckleheads in Asia bid it up first hour last night, and like the sun rising in the east, bullion banks have sold it down; in so many metaphorical ways our friends are like the clueless young skulls full of mush who still think, despite the overwhelming clear evidence of the facts which show the ”thug” robbing the convenience store and then attacking the police officer, and now have a “narrative” for the SJW’s to paint every cop in the U.S. cold blooded killers.
So, let’s take a look at the Chuckleheads and their motivations; what I find is something far more interesting than buying high and selling low. On the surface it makes no sense for these people to do what they do almost every night, which of course is “bid it up” and buy gold. Why would anybody that isn’t insane continue to do this and lose money almost every single night? Does the mystical Mrs. Watanabe have an unlimited checkbook and never check her P/L?
I think what is at play here is not short term trading, but a long term strategy of the Chinese & Ruskies to buy spot gold in Asia, take delivery, and build their stockpile of gold reserves, and if they get clipped a few bucks on the price so be it. In other words, they want the physical and don’t give a rats donkey what they have to pay for it.
Since 2012, what you are seeing is the largest transfer of wealth in the history of the world, as gold flows “West to East”!
And in my humble opinion, the reason behind this move is simple; both the Chinese & the Ruskies want to end U.S. financial hegemony in the world by having currencies [i.e. the Yuan & the Ruble, respectively] that are backed by gold. And on that day when they announce to the world the transformation back to “gold backed” currency, the gig is up for the U.S.; you are now looking right down the barrel of a gun and for all practical purposes, the U.S. is Venezuela. And all without a shot being fired!
There is no doubt in my mind, the reasons behind U.S. Dollar dominance in the world is, 1) crude oil is priced and trade in Dollars [petro Dollars], and 2) The Federal Reserve has co-opted world wire transfers and undermined the “SWIFT” system Europe uses and thus ends up “clubbing” those countries that don’t “toe the line” politically and are thus forced to hug the U.S. Why do you think both the Chinese & the Ruskies have set up a new bank clearing system to bypass the Fed & SWIFT and have also set up futures contracts in gold and oil based in Yuan & Rubles? It isn’t because they’d like a futures contract.
So, while we take advantage of their actions because we are traders, and almost with 90% certainty Asia & New York are inversely correlated in terms of price, never forget that what they are doing [I think], in terms of their ultimate objectives has nothing to do with short term trading. And for us, that spells great news, and it’s why [I think] this correlation stands is valid almost all the time.
Ok, we’re in Thanksgiving week, and while I know there will be signals today to make a buck or two, this is basically a Holiday week, so I won’t be posting the hypothetical trades I could have made today or tomorrow. Over the Thanksgiving Holiday I’ll be working on all the stock indices plus Amazon & Google; trust me, the work involved in this is massive, and I don’t want to release things until I’m happy with the data and the manual. And while I would love to have it done today, it will be here very shortly; in other words, quality over quantity!
It’s a beautiful day in Paradise, time for the beach. Until tomorrow …
Have a great day everybody!
-vegas
OPEN A DEMO AND/OR LIVE ACCOUNT AT THE LMFX LINK IN THE “DOWNLOAD LINKS” SECTION OF THE WEBSITE TITLED “OPEN TRADING ACCOUNT – DO IT NOW!”