NO ADJECTIVE DOES JUSTICE TO THE HANG SENG 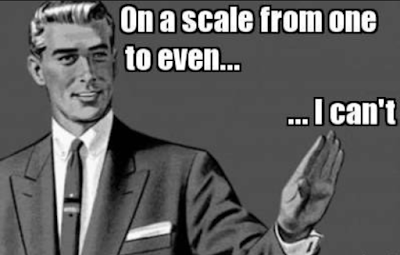 Just your normal, typical, 600+ point nervous breakdown range in H33HKD
today, although, the way it was put in was sure to cause some heartburn
… words cannot adequately describe the action, and adjectives of any stripe
will fail to convey what really is going on. Directly below, the M5 to give you
the flavor of what “bat shit insane” looks like.

Serious psychosis issues notwithstanding, the last 4 out of 7 days sees some
kind of “doji spindle” on the daily candlestick… neither breaks or rallies can
hold and follow through with conviction, leading to some of the most eye
watering short covering rallies and “Thelma & Louise” with their best
imitation of “let’s get some air here and see if we can drop some” … well yea,
there never was or is any safe bottom or top in this stuff … evahhhh!

And what has increasingly become familiar to traders in every market, is the
never ending, non-stop “blah blah, yada yada” from PIE Hole Pols that can’t
seem to STFU for more than 2 minutes, before they come out again and move
markets violently, one way or the other … “cuz if you’re looking for a reason
hedge funds and money managers are going out of business, closing the doors
and heading to be chief “Greeter” at some WalMart in Montana, you can point
to shit like this as the culprit … there simply isn’t any way, anybody can predict
when they open their mouths, or what the hell is gonna come flying out to rattle
somebody somewhere … and the ever present scumbag LP’s will surely be there
to add to the pain with horseshit slippage and terrible fills”.

Not that the Hang Seng needs any help to be volatile … if any market needed
a valium, a nice soft mat with a graham cracker and carton of chocolate milk,
to settle the hell down, it’s this one … get on the wrong side of this “hunk of
burnin’ love”, and it’ll make you pay dearly … but the Pols are surely not
helping one damn bit.

Turning to today’s Hang Seng market … what can you say really, about total
panic on both sides of the market about 33 times in 5 - 6 hours? Can’t hold
rallies, and can’t sustain breaks … and then it blows up in your face so fast, if
you chose to hang on a little later than you should have.

A shipload of trades today … PAMM down slightly, about $33, not from
trading the Hang Seng, but a few very light volume trades in the DAX30, after
trading in the Hang Seng was finished.

Quite frankly, you can take the DAX30 and shove it … well, that’s what I told
Turnkey anyway … I’m tired of bullshit fills and slippage for no reason in this
market, other than I’m placing an order … that market has seen the last of
me. The Hang Seng, which is flying all over the place and is at least 5X more
volatile than the DAX30, is trading like it’s supposed to … meaning, I get fills
right on the market with no slippage … whatever I’m seein’ on my screen,
that’s what I get when I either initiate or liquidate an order … “so, somebody
explain this to me, cuz maybe I’m missing something”. If you want to trade the
DAX30, go right ahead, but don’t expect to see any more trades in the PAMM
in that market from me … scumbag LP’s top to bottom, and they will NOT
make an honest market via their fills … always the mystery upticks on buys
and the mystery downticks on sells … “duh, market conditions, duh! My ass”!
Nothing but a fucking group of U.S. & European scumbag banks [round up the
usual suspects] who are nothing but common thieves. Screw ‘em.

I like the pace & the action in the Hang Seng, but the turns are vicious … I
navigated today’s action well, except for one trade where I hesitated for like 1
second and it cost me on the liquidation … lesson learned. Volumes will pick up
starting next week, now that I know I’m being treated fairly. I like this market,
and we’ll do very well here … and with that, I’m outta here … until tomorrow
mi amigos … “the future’s so bright … yea, you know the rest”!
… Onward & Upward!!

I haven’t had time to post the trades for today, so tomorrow’s blog will have the
PAMM Spreadsheet, along with Friday’s action as well.