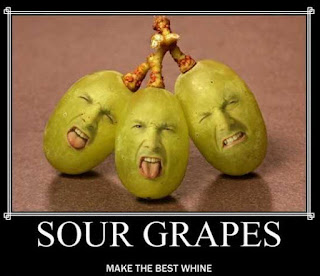 
The political realm has spilled over into the market realm; paralysis has set in ahead of the U.S. 3 day MLK Holiday. Amazingly, the entirety of the trading world is stunned … yes stunned … that stocks can’t go up 10% per month throughout Trump’s presidency, although since Chalky is leaving to once again pursue “community organizing”, or maybe a gig at the useless U.N., you would think most markets would cheer.

I wake up this morning to see, after 13 hours of mind numbing nothingness, the SP500 had a 3 index point range and the DOW30 has a 25 point range, gold is … well … gold and doing zero, and USDJPY is sitting trying to figure out which side of the ledger to screw with RE stops; some choice, huh?

So, here we are in USDJPY & gold, attempting to handle the utter obliteration in gold of about $250 per Oz. since Brexit, and a “rip your face off” rally in USDJPY from about 100 to the 118 area [in half the time] that I have a hard time remembering in recent history it has gone so fast, and everywhere I look analysts [God help us] are now acting like it’s the end of the trading world as we know it. For sure, markets needed to “correct”, so this is hardly unusual.

This time, though, may be different as President Trump takes office in one week, kicks a black guy out of a white house [“why yes, pun intended”!] and starts to pursue a new course for this country. And with that, we are apt to see an increase in volatility which should … should … make for better gold trading & USDJPY trading conditions. Although, never underestimate Kuroda & crew in the land of “The Rising Sun” to mess things up with their own “Peter Pan” version of reality.

Today we got crickets the whole first 13 hours or so, and then all hell breaks loose on the retail sales & PPI numbers in USDJPY … market is “crowded” on the short side of Yen, and thus the meteoric rise when selling dries up. “Nothing like big, fat, juicy losses right before a weekend to make things right .. heh”? And so, in 4 minutes USDJPY makes a new low, screams to the old high, sells off, and here we sit where we were about 5 hours ago around the 114.50 – 60 area.

Please understand both algorithms for USDJPY can easily stand the test of performance on their own; they are very similar but also have very subtle differences. Bottom line is that they both will be close [in terms of time] for buy/sell initiation, the scalper’s algorithm more attuned to both sides of the market in the very short term.

When you combine the “free trade” element to a trade in the scalper’s algorithm, now you’ve subtly shifted your approach; now, it’s nice to have the exhaustion lines up on the same chart without the need to change to another.

Waiting for at the least 3 M1 counter trend M1’s before you enter is the reason you have an upper probability advantage in the very short term; this is where most traders get “antsy” and lose discipline, and in their haste to “rake up" all the money, they lose sight of the fact that you always have to have probability [from a market history perspective] on your side to be successful over the longer term. Easy to explain, not so easy for many to do in the heat of battle.

It’s that time of day … beach beckons … the dog is “antsy” to say the least … and most importantly, it’s Friday and I could care less if the world melts between now and Sunday night. I’m sooooo outta here … until Monday.